Songs for the Summer

by stars on fire 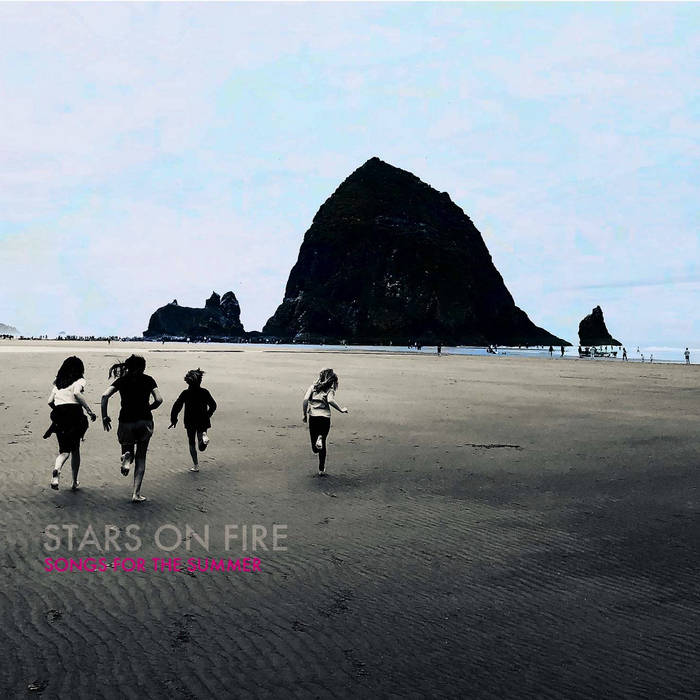 Songs for the Summer is the second ep from Seoul's STARS ON FIRE. Also available on digipak cd from Emma's House Records (emmashouserecords.bandcamp.com) and on cassette from Galaxy Train (galaxytrain.bandcamp.com).

What critics are saying about "Salty Kiss," the first single from Songs for the Summer.

"You can revel in the driving force of the guitars, peeled back ever so carefully to reveal these bright sparkles of melody. there's just something about it that feels so special, something that feels like the world finally understands me." - Austin Town Hall

"It sounds wonderful, as if Yo La Tengo were going to do Field Mice covers, and in his sweet restless laziness, it really makes me think of songs for a summer away from here." - Polaroid Blog

"Salty Kiss is a back-to-basics indiepop track which jangles its way into my affections." - Records I Like


What critics had to say about Blue Skies Above, STARS ON FIRE's first ep:

“[Stars on Fire] creates an adrenaline rush that works on your hips and warms your heart.” -Musiczine

“Dancing melodies, almost palpable textures...a textural music that drinks from so many different aspects of alternative...converging into the most beautiful form possible.” - Expectador

“A perfect piece of indie pop.” “I don’t know why, but I keep imagining a drunk Lloyd Cole seizing control of Felt for an hour or two. Yeah, it’s actually that good.” - Super World Indie Tunes


Songs for the Summer was mastered and co-produced by the Royal Landscaping Society’s Cris Romero at Cherry Sounds in Seville.

“I don’t know why, but I keep imagining a drunk Lloyd Cole seizing control of Felt for an hour or two. Yeah, it’s actually that good.” - Super World Indie Tunes, ep of the week
... more

Bandcamp Daily  your guide to the world of Bandcamp

Featuring Gary Bartz, 5 years of Rhythm Section Intl and an LP of the week by Nicolas Jaar